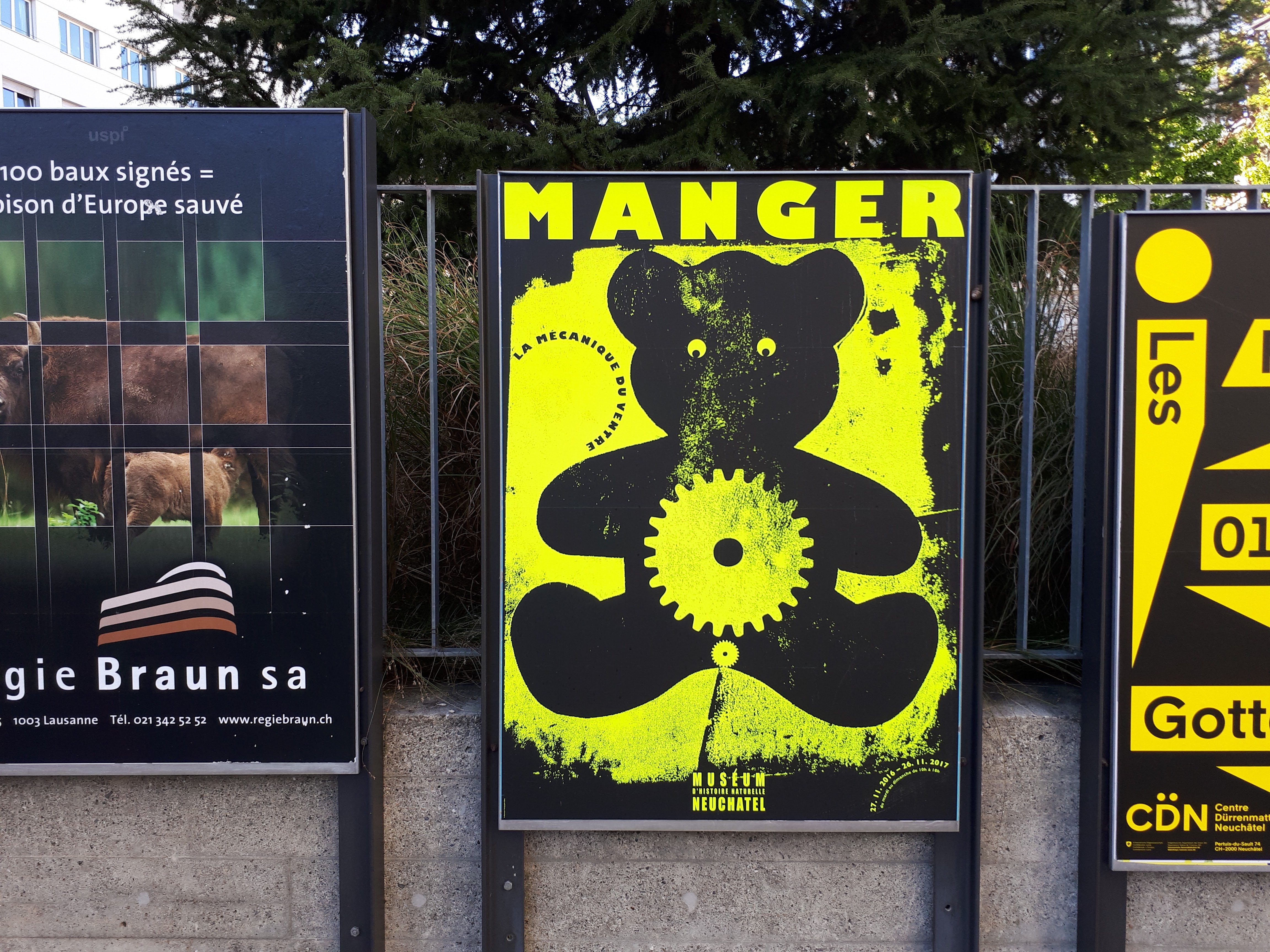 Things are moving fast at work and I can barely keep up with the speed they’re throwing new stuff at me; so far I haven’t been yelled at which means I am doing a good job. Trying to watch what I eat is increasingly difficult as I see the shipments of chocolate, granola and mango-vanilla yoghurt come in. As days grow shorter, I try to compensate with food. Whoever doesn’t isn’t human.

La Peninsular is finished, technically; I just need to work on the Pantone codes and their CMYK/RGB approximates so it can go into production. It will officially be unveiled in 2018 and I can’t wait to show it to everybody.

I have also finished the first draft of the 25 science book covers and now I have to define an art style that is cohesive as I don’t really want to have a mishmash of different genres.

Russell Howard is back with basically the same show with new branding —which I think is brilliant— and segments that brings a much needed British perspective to the American monopolised late-night TV commentary. The best thing is that the whole episodes are on Youtube for free.

Some films take too long to be premiered in France or Europe in general. Coco, Pixar’s newest film, has premiered in Mexico just in time for the Day of the Dead celebrations —no wonder since the film is based on them— but I now have to wait until late November to watch it, and only if the cinema has an original English version screened. I refuse to watch things dubbed in French.

I recently resolved an issue I had with Zoho Mail as their login pages wouldn’t recognise the unchanged password for my Rediseño Mexico accounts and it took a bit of paperwork to get it done; what does grind my gears is dealing with CNAME and MX records because CPanel configurations are not standardised and managing three different domains can be a headache.

Positively giddy to know about it, I learnt this week that IBM has designed its own typeface; Quartz says the company is breaking free from Helvetica’s long reign. IBM even uploaded a video to talk about it and it’s a very insightful little film on how to approach type design that will feel timeless.

In a fantastic Vox & 99% Invisible collaboration, the news outlet released a video on how a bird watcher that happened to be an engineer for the team that developed the Shinkansen train in Japan, found inspiration in birds to solve technical issues derived from the train’s supersonic speeds.

It seemed to be a rather heavily anticipated podcast, but since I’m not an Audible subscriber I’d have to wait until November to listen to it, and boy, is The Butterfly Effect by Jon Ronson worth the wait. I won’t spoil a thing but it may as well be my fave podcast of the year.