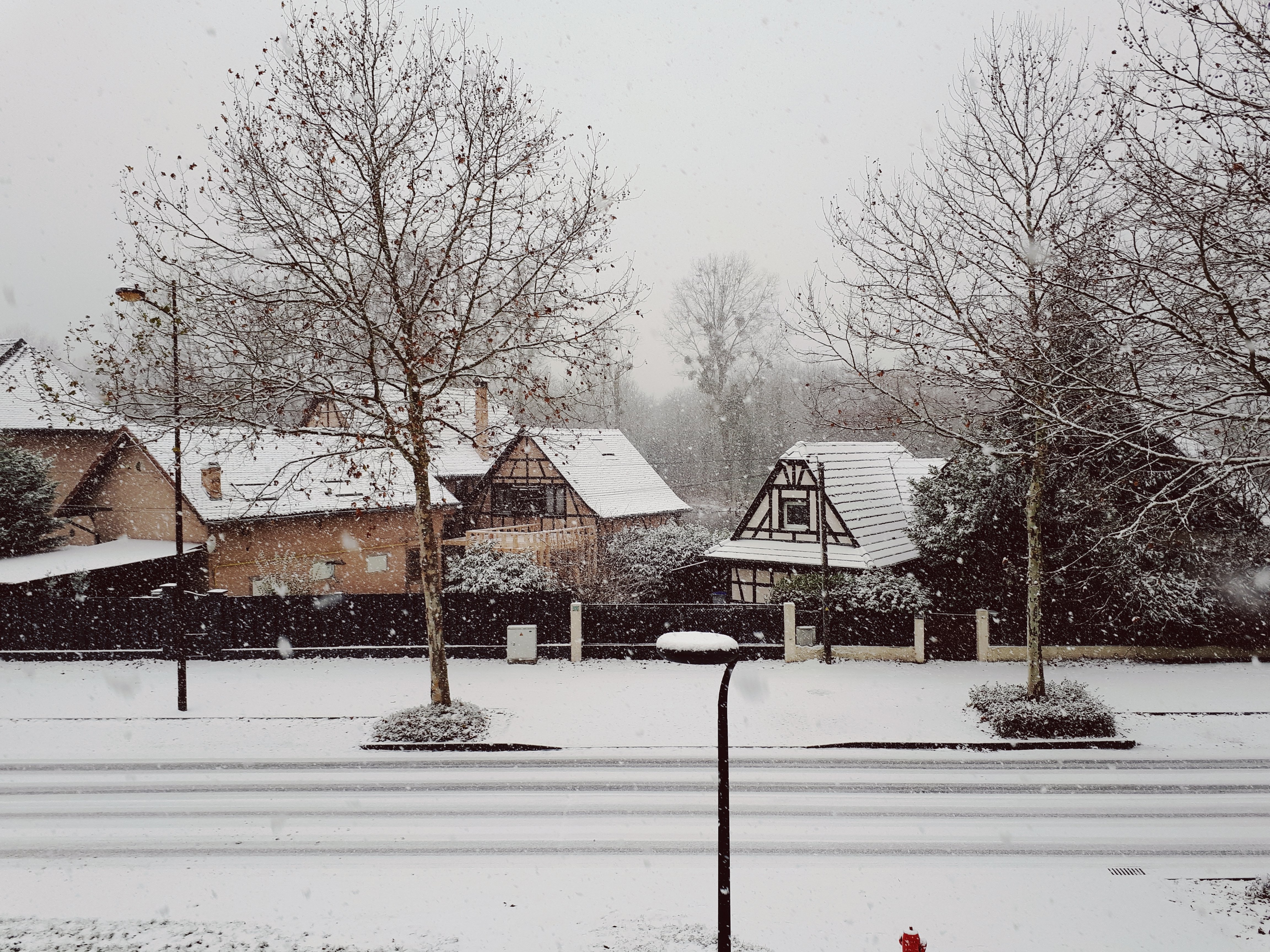 It’s snowing heavily and I’m blogging near the window, sipping tea and eating IKEA ginger biscuits; I would have dared a walk in the forest but there’s a freezing rain alert and it’s just so comfy indoors. Hope the weather’s nicer wherever you are.

Nothing noteworthy, apart from a few more signs for Naturalia —I should really set a project section for it on the site. They are basically holiday-themed and just at the store I work in.

In other work-related news, Allworth Press in New York sent me a few days ago the latest edition of Steven Heller’s Teaching Graphic Design, which is a rather expansive syllabus taught at the school he directs. I will feature it on the Market section at Radiographista.

The new Zelda DLC dropped Thursday overnight and it’s really making my sleep time shorter, but it was money well spent back in June even without the new content, it won Game of the Year award this week and I don’t think there’s been a better time to be a Nintendo fan.

My Spanish student invited me over to do rappel wall climbing and holy shit is it a demanding an incredibly fun sport, even if the only thing driving you is avoiding the dread of falling over, which only happens to be my biggest fear. Only after the first climb I had what my student said is les bouteilles, which is extremely tight forearms. The soreness a few days later was worth it.

The French state thought it was a great idea to tax small business owners with a special tax at the end of the year, independently of the quarterly 25% deduction on my small income and that’s on top of the housing tax, so joyeuses fêtes everybody.

For some reason, I’m subscribed to the Tokyo 2020 Youtube channel and they recently announced their mascot candidates, which aren’t particularly exciting, but what really bothered me is the fact that they use Comic Sans extensively. It’s a disgrace.

First, an argument on why we should put world maps on their sides. This article pretty much criticises the predominance of the north and the use of the Polaris star to define the currently dominant approach to geography.

And in the same vein, how the northern hemisphere’s dominance was consolidated by the humble (?) potato is a fascinating read.

Biohacking is becoming more readily available in a scary and perhaps illegal way and CRISPR gene therapy is enabling people to take their genome and edit it the way they want it. This poses several ethical and very interesting questions, such as why would it be illegal to edit your own genes since you own yourself. I found this other Gizmodo article and the whole prospect is fascinating.

Nothing new in particular; happily stuck with my Rachel Maddow Show, 99% Invisible, Terrible Thanks for Asking and Gastropod.

I got a rather pleasant surprise via an email from the main editor at Health Ambition, the website behind Wellness Mama, since I linked to their website back on my WDR 2, when I talked about being addicted to kombucha. I still drink it regularly and out of the blue Helen got in touch to link me to another article on the fermented tea beverage’s benefits, which I will only make me enjoy drinking it even more. Thank you, Helen!